No one is better at predicting how wonderful they’ll be as a parent as someone who isn’t one.

Missed the 1L year? You don’t have to go to law school – just read about it here. 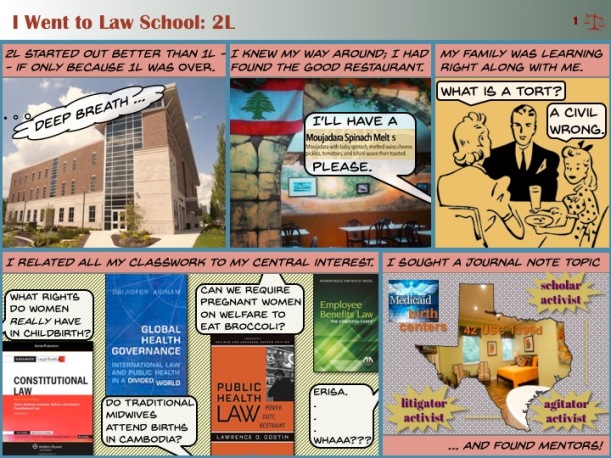 Five years out, we finally feel prepared to comment on the Law School Experience. 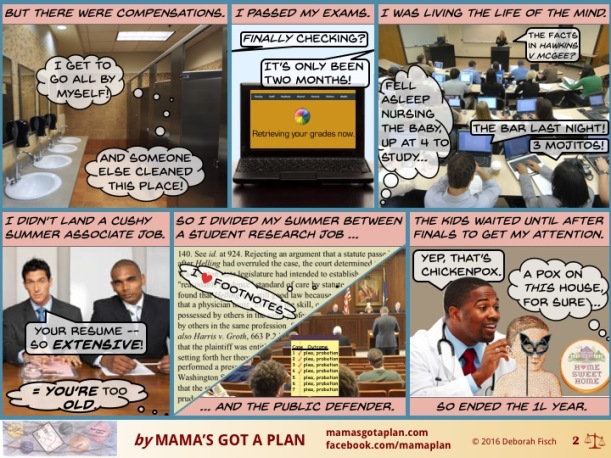 And sometimes, someone, usually mom, leaves the workplace to stay home with the kids, which then leaves her earning a lower wage for the rest of her life as a result.  And that’s not a choice we want Americans to make.

Then it misinterprets these remarks with this title: Obama on Moms Who Stay Home to Raise Kids: ‘That’s Not a Choice We Want Americans to Make.’

It troubles me that readers take the article at face value and allow discussion of it to devolve into an argument about whether it is “better” for mothers to stay at home with small children or to remain in the paid workforce. These arguments serve only to divide us and to keep us from uniting in support of policies that safeguard all families.

On the whole I believe that making sure families have access to quality daycare is a positive move. I do, however, find some things troubling in the President’s speech.

Choosing to stay home – whose choice?

We love that word “choice,” don’t we? Our lives are just one big candy store and we get to pick whatever we want.

The truth is that some people do get to pick, which is not to say that all their choices are necessarily desirable. And some people do not. For example, most people receiving government assistance are required to work outside the home. So if we do believe that it is “best” for children to have their mothers at home, clearly we have decided that some children do not deserve the best.

Equal pay for equal work – but what is work?

President Obama supports equal pay for equal work, and I’m glad of it. But that is hardly a new proposition.

When parents leave the workforce in order to spend more time caring for their children, they are hardly leaving work behind – just paid work. We as a nation are reaping the benefit of these parents’ – mostly women’s – unpaid work. Just this week, the UN Special Rapporteur on extreme poverty called on countries “to recognize unpaid care work as a major human rights issue.” 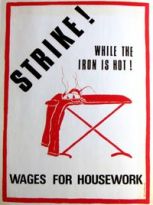 If we really valued the work that is required to raise our children, we would fairly compensate anyone who took on this task: mothers, fathers, and traditional paid caregivers. These last are often parents themselves, struggling to afford care for their own children.

Many young parents do not consider that when forgoing wages in order to take care of children, they are also forfeiting future Social Security payments. Having children is the number one reason women in the U.S. fall into poverty – it’s easy to see why that is the case, but not why it should be.

Earning a lower wage for the rest of our lives – why?

Do we really believe that motherhood robs us of the ability to be competent workers? At the same time that we laud motherhood as being a difficult yet supremely worthwhile task?

People’s experience of parenthood differs, but it is hard to accept that everyone who makes cabinets or medicines or burgers or nuclear reactors somehow irrevocably loses the ability to do so after spending time with children. We can look to other countries that manage to not penalize women for taking time off work to raise children.

There is no reason we cannot adjust our national policy to support all parents – those who would like to be home with their children, those who would not, and those who want a little of both – regardless of whether they can finance these choices themselves or require government assistance to do so. In the end, parents know what is best for their families and should be able to make these decisions, free from mandates imposed on the basis of economics or skin color or profession. This is the third arm of Reproductive Justice: the freedom to raise our children in safe conditions and with dignity.

Are you listening, President Obama? I’ve just written your next speech for you.